Today is as good a day as any to publicly talk about how wonderful my husband is, especially because it’s our wedding anniversary.  This year has gone by faster than the last, simply because we are always chasing our growing girl, Gia.  I now know what it means when people tell me to cherish special moments because time goes by in the blink of an eye.

It’s hard to believe that Craig and I have been together for seven years total, three of which are as a married couple.  This last year has certainly been one of the best because we don’t just share life as a family of two anymore.  Seeing how far we have come since our first days as boyfriend and girlfriend is pretty cool.  To some degree, you always imagine what your life will be like when you’re married – I couldn’t have dreamed up a better life or found a better partner for myself.  Marrying Craig truly is the best decision I’ve ever made.

Here we are on our wedding day: 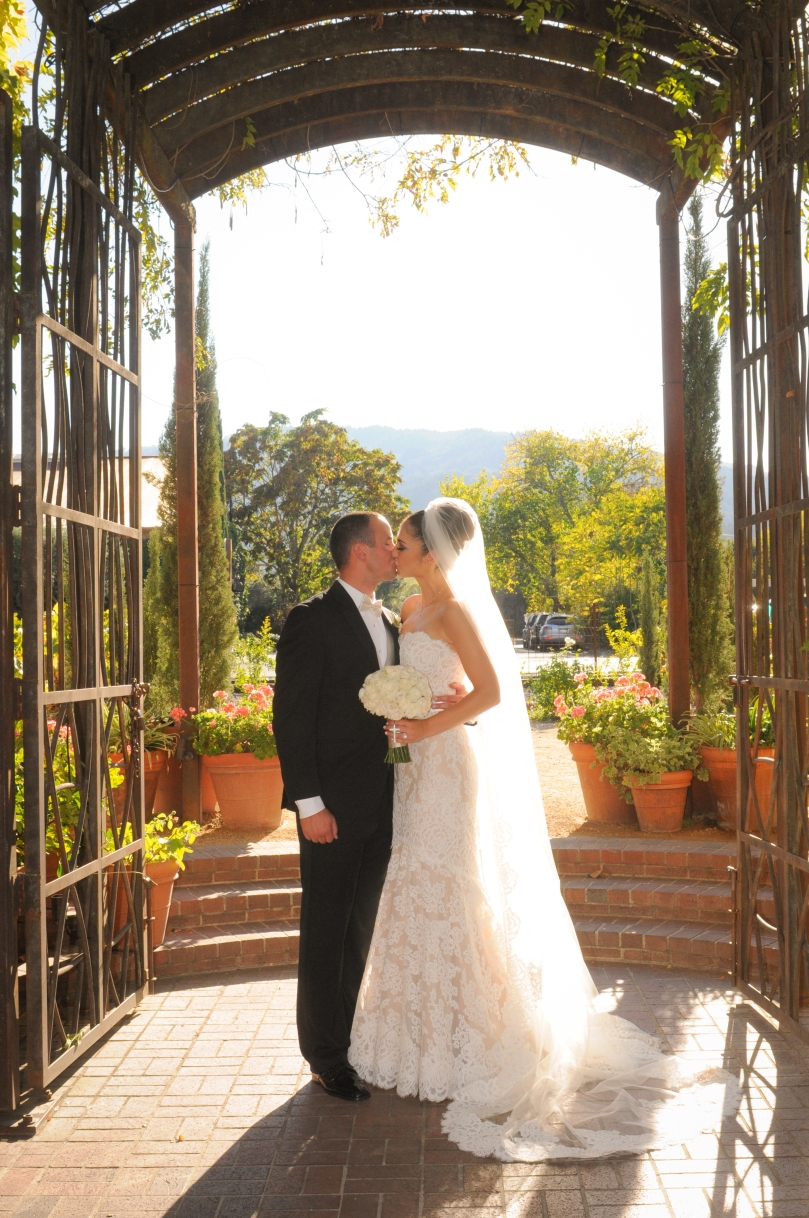 How our relationship began is a pretty good story too, so I’d like to share that with those of you who don’t know it.  For those of you who’ve heard this tale before, feel free to step away from whatever device you are reading this on and move on to whatever is on your to-do list.

I first knew of Craig when I was in middle school.  Yes, we happened to go to the same middle school, as well as live approximately one mile apart from each other.  I’m not going to say I “met” Craig then because we were like 10 years old and only passed each other in the halls.  What I do remember of Craig from that time was he always had a baseball hat on and had a big super hero type of grin (he still has that grin today).

This is the type of smile I think of when I see Craig smile:

I do remember hearing my dad talk about Craig and his baseball achievements often though.  I mentioned in my last post that our dad’s worked together as police officers in the same city for almost their entire career – well, they would brag about whatever it was that their kids were up to to anyone within earshot.  For Craig and I, our dad’s liked to share our sports stories.

I played softball my entire life, all the way though college.  Craig played baseball through college and played with the Colorado Rockies system for six years.  I guess you could say we had some things in common.  I’m not sure if Craig will or will not admit to hearing about me growing up, but he does tell people that we had an arranged marriage.  He can be a jokester, just like his dad.  Both of them are really just kids in adult bodies.

Okay, so back to going to school together….Craig went to the local high school in town and I went to an all-girls, Catholic high school in another city.  We didn’t see much of each other during our high school years, but I do recall hearing sporadic sports stories about him.

We both went off to college, Craig was closer to home at Cal and I was a few hours away at the University of Nevada.  During our college years we both were in “serious” relationships, but clearly that didn’t work out for either of us, and thankfully so.

I remember I had just graduated and wanted to continue living up in Reno, where I had also found a job.  I got a Facebook message (sign of the times!) from Craig, and yes, it was very random.  He asked me if I was living back in our hometown and I said no, but I was getting ready to move back.  I wasn’t happy with the job I was in and knew there would be more opportunity for me back in the Bay Area.

I didn’t think much of the message he sent me until I was settled back in at my mom and dad’s, saving money.  Craig was home for the off-season from playing with the Rockies organization and wanted to meet up to hang out.  I thought, okay, why not?

Craig invited me and one or two other friends to go out one night to the local watering hole.  Looking back on that night, I realize we totally ditched Craig’s friends and sat at the bar and talked forever.  There was a scruffy man sitting next to us who butted into our conversation to ask how long we had been together.  Both of us laughed and said we were absolutely not dating and we were just out for the evening with friends.  That was the very beginning of our relationship.

Here’s an early photo of the two of us at my grandma’s:

It took a few months for either of us to actually admit that we were dating.  At the time, Craig was adamant about not having a girlfriend, clearly that backfired!  I knew from our first time hanging out together that I really, really liked him.  I tried to play it super cool, acting like I didn’t care if he was interested in me or not.  Good thing I did because I totally won him over.  Who could resist me anyway?! – I’M TOTALLY JOKING!    🙂

Craig and I dated for three years before he proposed to me.  At the time, a lot of my friends were getting engaged, getting married, the whole bit.  I always wanted Craig to work at his own pace regarding engagement, but the little girl inside me was waiting for her forever love.  Of course we had talked plenty about wanting to be with one another forever, but I was starting to think the worst and that Craig maybe didn’t want to marry me.

Just before Thanksgiving four years ago, Craig gave me the biggest surprise of my life. We had a fun day planned at Artesa (where we are now wine club members) to do a wine and chocolate pairing.  At the end of our tasting and tour we went out to the terrace to enjoy a glass.  I didn’t even notice that there were two bottles of wine on our table, which should have given things away.  (I’m a lightweight when it comes to booze, so one bottle was more than enough.)

Almost immediately after sitting down, Craig grabbed the second, unopened bottle of wine and showed it to me while he got down on one knee – it said “Will you marry me?” on the label.  From there I just remember crying tears of happiness – I didn’t even see the ring he was putting on my finger.  I just kept crying and saying, “Are you serious?!”  Yep, I was riding high on cloud 9.

A year later we were married in St. Helena, CA in front of our closest family and friends.  I couldn’t have asked for a more perfect wedding day.  Now, here we are – three years in and a lifetime to go.

I’m sure we will have our ups and downs on our continued journey, but I look forward to all of it.  After all, life would be pretty boring if it was perfect.